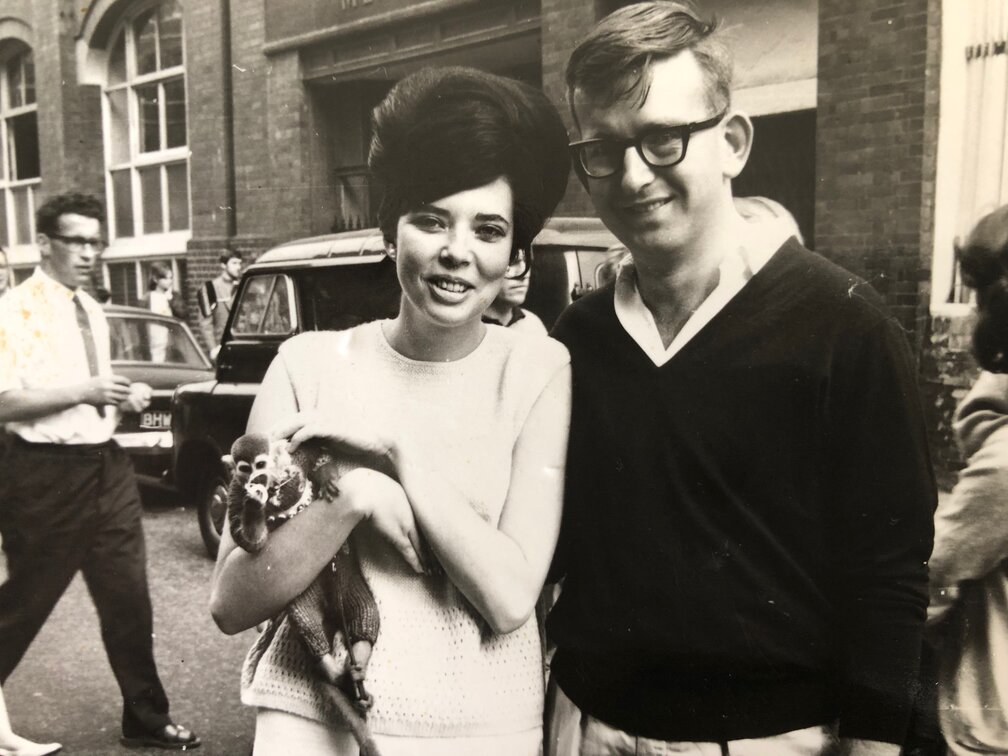 John passed away peacefully on July 24, 2020 at Evergreen House in North Vancouver with his daughter, Allison, by his side.

Born on July 22, 1938 in Bristol, United Kingdom to Norah Anne and Cecil Edward Francis Mountstevens, John is survived by his daughter Allison, grandchildren Antony and Emily and predeceased by his wife, Brenda.

John spent the first part of his life in England, roaming the country fields and generally getting up to mischief with his younger brother, Gerald. Emigrating to Canada as a young man, John enjoyed many travelling adventures, eventually meeting the love of his life, Brenda. They married in 1964 and continued to travel extensively before settling down in the Gleneagles neighbourhood of West Vancouver and building their dream home together in 1981. They welcomed their only child, Allison, in 1973 and were an integral part of the neighbourhood for 48 years.

An Englishman through and through, John was known for his love of stout beer, sausage and egg breakfasts and British cooking. While he always joked that he had never eaten a single vegetable until he married Brenda, John was an accomplished chef and most Sunday mornings their home was filled with the smells of freshly baked bread, strong coffee to be followed by the smell of roast beef and vegetables with a homemade pie in the evenings – their home open to one and all, and a feast it would be.

John shared a love of animals with Brenda that started on Valentines Day in 1969 when he came home with a box containing two Labrador puppies. The love-affair with these beautiful dogs would continue for a lifetime. Often seen out on daily walks, John became a fixture in the community, stopping to talk to anyone and everyone. Also an avid gardener, John was known for the beautiful flowers he would grow from seed, as well as vegetables in abundance.

A talented painter, John could often be found in front of an easel, brush and oil paints in hand. There is a lovely story of John being mistaken for A.Y. Jackson at a McMichael Gallery event in Ontario in the late 1960’s.The walls of their home were filled with John’s work.

John was also a talented tradesman. Working as an Engineer and Senior Executive for Northern Telecom required exceptional attention to detail, exemplary inter-personal skills and strong leadership. John had all three in spades. Adept at all aspects of trades, he applied his strengths when building a new home with Brenda in 1981. His most treasured place in the house was the “Wellington Arms Pub” lovingly built and decorated with special thing from their world travels. This pub was the place of many neighbourhood and family gathering for more than 30 years.

John always said that the idea of children was slightly daunting, however, after almost ten years of marriage when John and Brenda welcomed their daughter, Allison, all of that fear was replaced with an unbreakable bond. Thoughtfully and with intention, John would spend hours with Allison, painting, drawing, walking, talking and often debating. He was determined that she would be a well-educated female and insisted on teaching her how to drive a manual transmission, change the brakes on her own car, read mechanical and electrical engineering drawings and be generally well-read, but also to balance those things with a love of reading, writing and dreaming.

Twenty years ago, John met his first grandchild and namesake, Antony. From that first meeting, the two were inseparable. John undertook the same passion for teaching his grandson as he had his daughter and together they created miles of memories. When John’s granddaughter, Emily, was born in 2013 his health was already failing, but his love was stronger than ever and he would often comment that spending time with her was like being given the gift of life twice, seeing so much of his daughter in her.

John faced a number of health challenges in the last ten years of his life. During these times of challenge, John was guided by the love and devotion of his wife who was always by his side. He had a gentle and beautiful way of speaking with his eyes when words became too hard. He remained a gentleman through and through. Towards the end, and in the face of his own incredible physical adversity, John demonstrated unparalleled humility, acceptance and grace.

In the last moments of Brenda’s life, John was brought to her bedside and the two of them held hands, and while Brenda’s eyes were closed a lifetime of love and loss, hope and memories filled the room. The music played, the lights faded and then everything was silent.

Thank you to Dr. John Corey, the entire Nephrology Team at St. Paul’s Hospital and a special thank you to the kind and compassionate staff at Evergreen House where John truly found a second family.

Due to current world events, no celebration of life was possible.

In lieu of flowers, donations to the Lions Gate Hospital Foundation would be gratefully accepted.