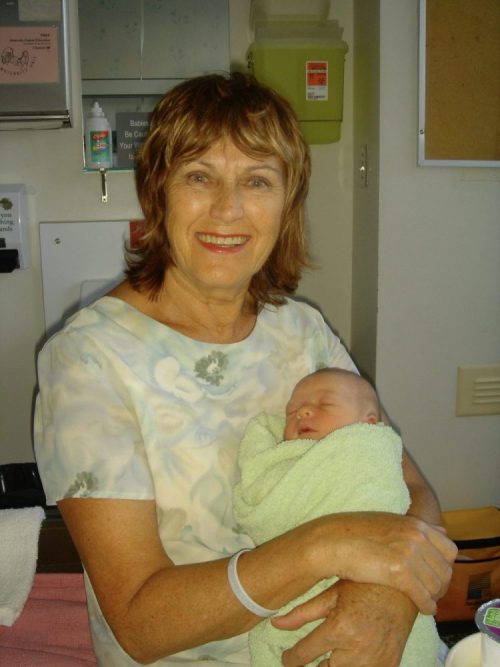 With profound sadness, we wish to announce the sudden passing of our dearest mum, Kath Perry. In the late evening of Tuesday, 27th July she gently slipped away to peaceful eternity after a prolonged battle with the complications of auto-immune disease. She leaves behind a deeply grieving family who are eternally grateful for all the love and sacrifice that she has bestowed on us over the years.

Born in Aberdare, Wales, she lived with her parents and her sister Beryl until she enrolled when only 17 years of age at the Welsh National School of Medicine in Cardiff, Wales. Graduating in 1963 she did a residency in Maternity and Child Care before emigrating to Innisfail, Alberta with husband, and fellow doctor, John. For the next 8 years, she experienced and enjoyed life on the Canadian prairies whilst having three children, Christopher, Helen, and Julian. By 1974, the family had relocated to the North Shore of Vancouver and Kath joined a medical practice in Dundarave.

In addition to being a devoted and caring mother, Kath’s friendly and outgoing personality really began to bloom as she developed her own family medicine and maternity practice. She was immensely proud to have delivered hundreds of North Shore babies – often remembering small details, and even the names, of each one’s birth up until the very end of her life. After a number of years in family medicine, Kath was a founding member of the Lions Gate Maternity Clinic and continued her passion until retiring from practice well into her 70’s. With a great love of medicine and people, Kath continued doing surgical assists at Lions Gate Hospital until almost her 81st birthday. She just simply loved the job and loved the people. She was always grateful that her father, a High School Principal, persuaded her to study Medicine instead of Veterinary Science which had been her first choice.

A passion for animals occupied her for the rest of her life as she enjoyed the devotion and companionship of her numerous dogs and cats and even her fish. Daily walks around Hay Park, Lighthouse Park, and Ambleside, together with coffee with her friends on the sidewalk or the beach became the highlight of her days. In addition to work, mum loved being a member of the vocal ensemble Espiritu/Pandora’s Vox and the West Van Seniors Choir. Performing several times a year and especially at Christmastime, she enjoyed all the ‘bonhomie’ and the friendships that these groups encouraged. Her passion for people, life, music, and her incredible skill at knitting baby outfits was something that amazed us all. To her immense sorrow, many of these activities had to be given up when the scourge of the Covid Pandemic invaded her freedom of movement and association. A stationary and secluded lifestyle was something that Kath could never abide and all the social restrictions she had to endure may have started the gradual decline in her overall general health.

Left to mourn are her three children Chris (Tricia), Helen (Chris), and Julian (Kelley) and their father, Dr. John Perry, her four grandchildren Sophia, William, Brooke, and Kyle as well as Carson (Alyssa) and Alexa (Paul and Bailey). In the UK, her sister Beryl, two nieces Judith and Sarah, Margaret and Patrick, Judith and Tim and all their children and extended family who loved their Auntie Kath. Kath leaves a multitude of close friends whom she loved dearly. She was blessed to have touched so many lives along the way and the family wishes to thank all her friends who brought her happiness until the final days. Thank you also to all the staff at Lions Gate Hospital for their wonderful care over the last few months.