When Every Second Counts

Last September medical teams from across Lions Gate Hospital and a team of paramedics came together to take part in an emergency stroke simulation. It was part of an exhaustive year-long effort that has had a dramatic impact on the care that stroke patients receive at LGH.

A volunteer played a 62-year-old woman suffering from left-sided weakness. Two million brain cells die every minute during a stroke and the aim of the life-like training session was to get the patient from admission, to diagnosis to treatment as quickly as possible.

The team aced the session and reduced the time from admission to medication from 60 to 17 minutes. Less than two hours later during a debriefing session a Code 77 (stroke alert) was called on the hospital PA system. It was time for the team to put their training to a very critical test. In a weird case of deja vu, the real, live patient was a 62-year-old woman presenting with weakness on the left side.

With the simulation session still fresh in their minds, the physicians, nurses and paramedics were able to maintain the 17-minute timeline from admission to clot-busting drug. Three days later the patient walked out of LGH hospital with no long-term side effects.

“It was such a powerful moment. I still get goose bumps thinking about it,” says Marieve Legrand, Stroke and TIA Coordinator (Transient Ischemia Attack) for Neurosciences at LGH.

There have been many more similar cases since the stroke collaborative was launched.

Lions Gate Hospital is an Advanced Stroke Centre which has the technology and expertise to provide one of the highest levels of stroke care in the province. Last year 275 people suffering from acute stroke symptoms were treated in Emergency and on the Neurology ward at LGH. And it’s not just patients from the North Shore, people who live in the Sea-to-Sky corridor and Sunshine Coast are brought directly to LGH if a recent stroke is suspected.

Between October 2018 and October 2019 LGH was involved in the province-wide Hyper Acute Stroke Collaborative in an effort to improve survival rates and shorten recovery for stroke patients. Marieve Legrand coordinated the effort at LGH which included medical professionals from Emergency, Medical Imaging, and Neurology.

Education, simulation sessions, and awareness raising were all part of an effort to ensure that all the relevant staff have access to the latest medical research, were given time to develop the most efficient clinical practices and had the opportunity to hone their clinical skills. 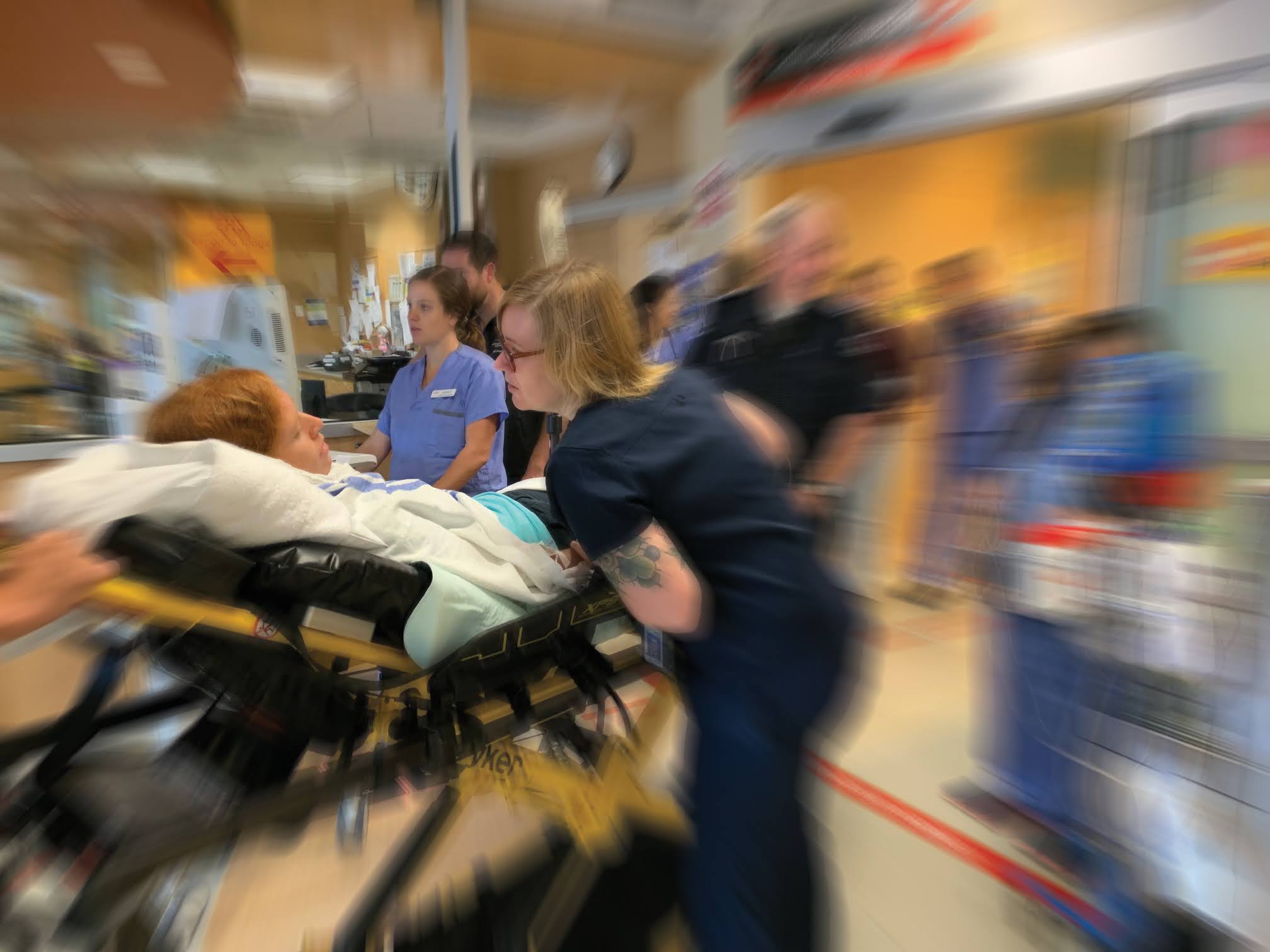